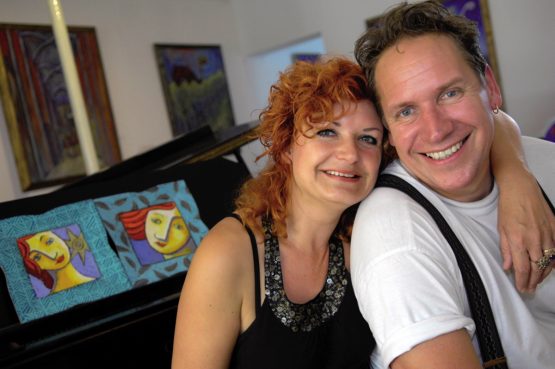 ”My roots are in the southern province of the Netherlands; Zeeland. The people from Zeeland are known as being closed off for the rest of the world. I too have this trait like a real Zeeuw, I can be perfectly happy by myself, I might even prefer it. Our family lived in one of the newly built suburbs of Vlissingen, with on the one side the sea and beach and on the other side the country side. It was paradise on earth for kids. My father was captain on a ship and spent many weeks offshore before coming home. When he did, he and my mother fell in love all over again. I spend my days drawing in my room, already working on lines, depth and precision in my work. I already knew back then that I loved drawing, art and culture. It was by the age of fourteen that i discovered people actually make a living doing what they love. This is when I decided to become a professional artist.”

“after graduating highschool I enrolled in the Academy of Arts in Rotterdam. I remember the audition, everybody else showed up with a carefully filled portfolio and I showed the board some of my comics that were a lot less inocent then Suske & Wiske. I was accepted and dropped out after a years. Too many rules, too much “school”, I just wanted to paint.    I then enrolled at the free acedemy of The Hague where everything was possible. I had an amazing time and mentor and i learned a lot about painting but also about more practical matters like creating my own frames. in 1985 I got my own working space in Schiedam, from that day i was what I always wanted to be as a child; a proffesional artist.

The paraphrase takes shape in the illusion of nature which is given a fairytale character provided by the wealth of colours and the rhythm of the landscapes. In this fairytale animals, which have escaped the mechanical, come to life; fairground horses, wind-up birds. They are the messengers of destiny that threaten civilization. Fatum also manifests itself in painting where women appear in a soulless urban panorama. There the woman is an intriguing sculpture in an aura without any future. The social commentary is an illustration which places the fairytale in a cruel reality. Fortunately inescapable beauty is a plaster on the wound. That is the world of Jacques Tange; a high quality, curious and dissident interpretation of reality. He gives the traditional world of art a new image.” 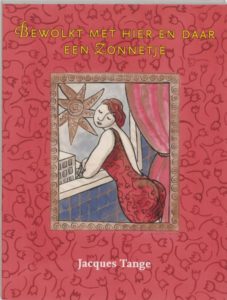 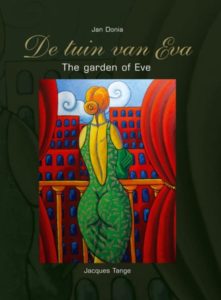 Read the full biography of Jacques Tange in the marvelous book ”The garden of Eve” written by Jan Donia. Or discover Tange’s poetry together with short stories about his life in the book ”Cloudy with occasional little suns” written by Jacques Tange himself. These books are available at our gallery or through ordering by email. If you’re a Tange fan, these books will certainly be a must-have collectors item.

Want to know more about Jacques Tange and explore his variety of work? Find out more and come to see some of the work for yourself.

Get in touch
Sluit Menu
×
×